The 4th Annual Run for Shelters in Opava

Just like last year, this year Andy and I took part in the 4th Annual Run for Shelters, which took place on Sunday, 20 September 2020 in Opava. There were two routes: a 5km route for runners and a 2km route for those, who wanted to take a stroll around the orchards. The race was not timed because it wasn’t a race to determine winners and there was no winner’s podium. There was also a performance by AerialCabaret, a scarves workshop for children and a performance by the Circus Dance Studio.
We also donated 6kg of dog food, meat canned goods and several treats that Andy won at shows to the Moravian-Silesian Association for Animal Protection.

Run and Help Shelters is a charity project, which helps stray animals in shelters throughout the Czech Republic. We have been able to raise 2.1 million Czech Crowns over the past 7 years and we have helped 76 shelters.

The aim of this event is to spend a fun afternoon with family, friends and dogs, play sports and do something good by contributing to animals that are not as fortunate as the pets we have at home. We raise a very generous amount and more importantly, we motivate and encourage the people, who run such organizations, to continue in what they are doing. 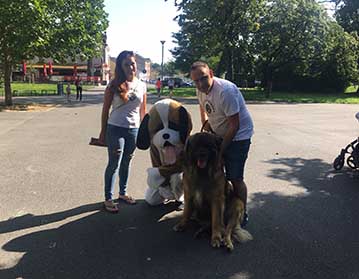 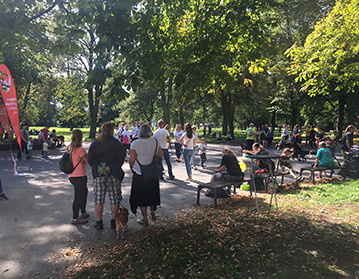 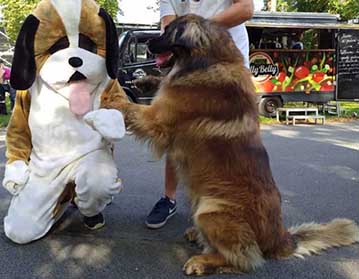