We took part in the 2021 World Dog Show on Saturday, October 2nd, 2021. This year, the dog was held at the Brno Exhibition Grounds in the Czech Republic. The competition was fierce. There were Leonbergers from the following countries: the Czech Republic, Slovakia, Poland, Germany, Hungary, Latvia, Estonia, the Ukraine, Russia, Italy and Finland. The Leonbergers were judged by German judge, Mr. Willi Güllix (a certified head inspector for the Leonberger breed, Chairman of the German Club of Leonberger judges, President of the German Leonberger Club (2007-2019), President of the International Leonberger Union (I.L.U.) and long-time breeder and owner of leonberger dogs. It was clear from the beginning that Mr. Güllix is a very strict judge. For example, he did not give any dog in the intermediate class an excellent grade and he only gave two dogs an excellent grade in the open (dog) category. Andy’s starting number in the Champion’s category was 7407. Andy was the second youngest of ten dogs in this category. Regardless, Andy got an excellent grade and certainly proved that he belongs among the best. The top four places were awarded. When choosing the last dog to make the cut for the final four, it was clear that the judge was deciding between Andy and another dog. In the end, the judge chose Andy’s competitor. So, it could unofficially be said that Andy came in fifth.

With regard to the current COVID-19 situation, there were no written reviews, only the award and possible title was recorded. 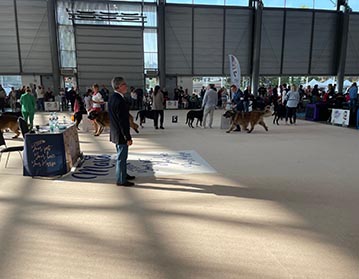 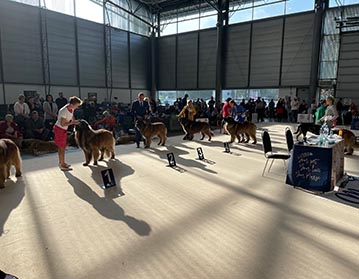 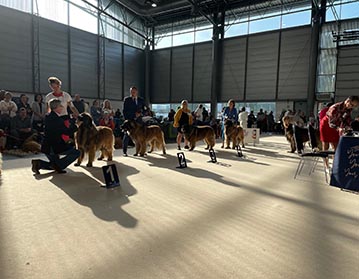 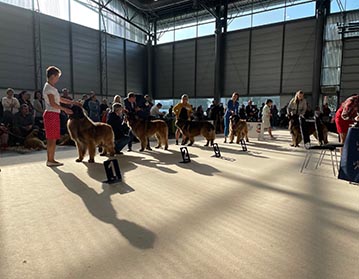 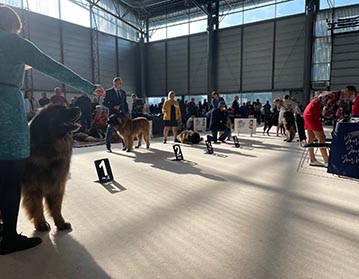 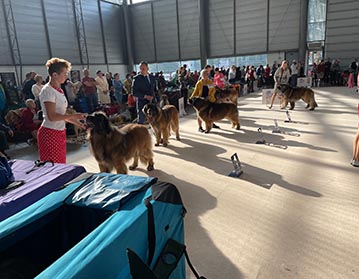 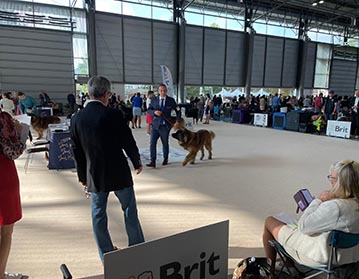